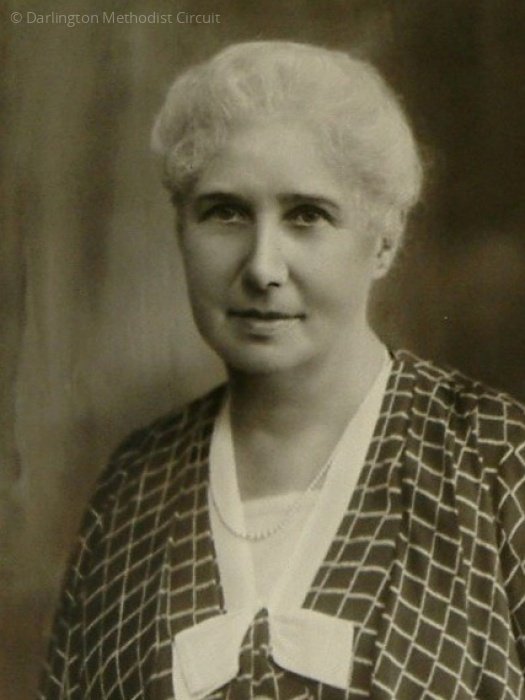 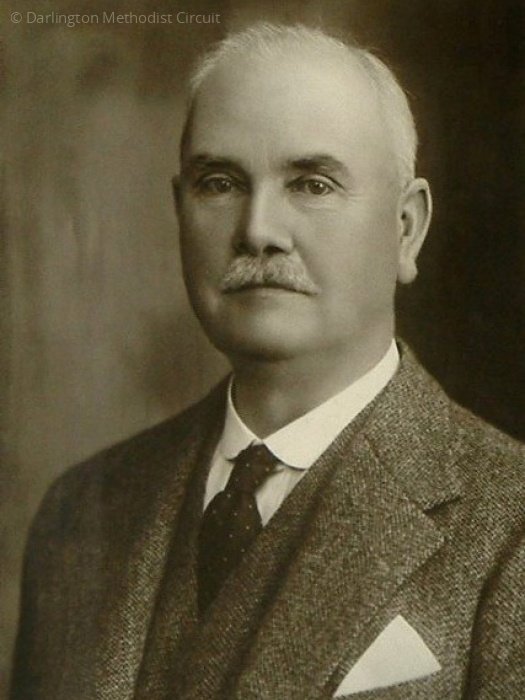 John Pease, eldest son of Edward Pease, the pioneer of the Stockton and Darlington Railway, had the family home, 'Elm Ridge' built in 1867, taking its name from the elm-crowned scarp of the river valley. Sadly, John Pease did not live to occupy it, but his widow did; and when his daughter Mary Anna was married to Jonathon Backhouse Hodgkin, Elm Ridge became their home and remained the property of the family for more than half a century. With the deaths of Jonathon and Mary, and the scattering of the family, the home was broken up by the year 1928; and in 1929, the house and grounds were put up for sale

Meanwhile, extensive building development was transforming the area around Elm Ridge. The changing environment was creating new needs. Within the expanding community were Methodists whose homes were now at a considerable distance from Bondgate Wesleyan Church or Love Memorial Methodist Church in Victoria Road. When Elm Ridge came onto the market, a Mr G. M. Harroway, a member of Bondgate Wesleyan Church, living at Blackwell Hill, had an inspiration – that this building, with its spacious facilities and pleasing grounds, could be transformed into a centre for worship for the Methodists living in the area. He offered to lend money, and the transaction was completed. In this way, Elm Ridge became the property of The Methodist Church. The work began. The alterations were carried out under the active guidance of Mr Harroway himself, who, in effect, became the clerk of works.

The official opening was celebrated on the 8th June 1932. The ceremony was preceded by lunch in Bondgate Memorial Hall, attended by civic dignitaries and leading representatives of the Church of England. More than a thousand folk gathered in the driveway as Mrs G. M. Harroway performed the opening ceremony, after which she was presented with a suitably inscribed silver key. The Reverend A. E. Guile, Chairman of the Whitby and Darlington Wesleyan District, conducted the service of worship which followed.

We are privileged to have inherited such useful and beautiful premises, and we are grateful to God and to our predecessors for these facilities, which we seek to use and develop for worshipping and serving God and for spreading the good news of Jesus Christ. Today, Elm Ridge and our excellent modern church hall are in constant use by Church and other groups. Rooms are available for hire. Please contact the church office for details.