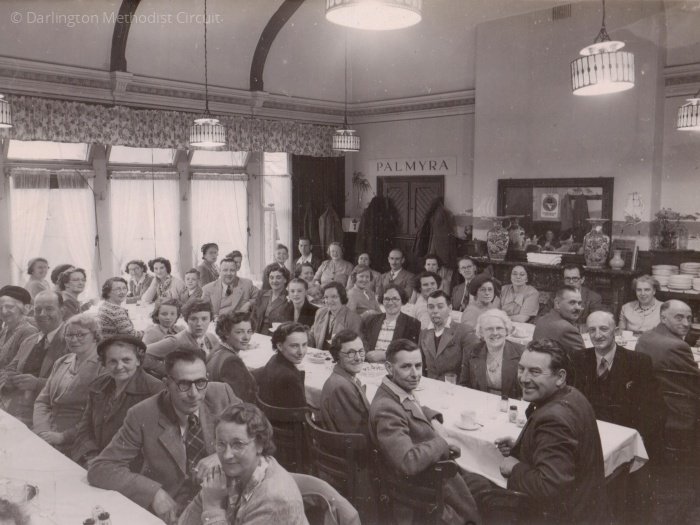 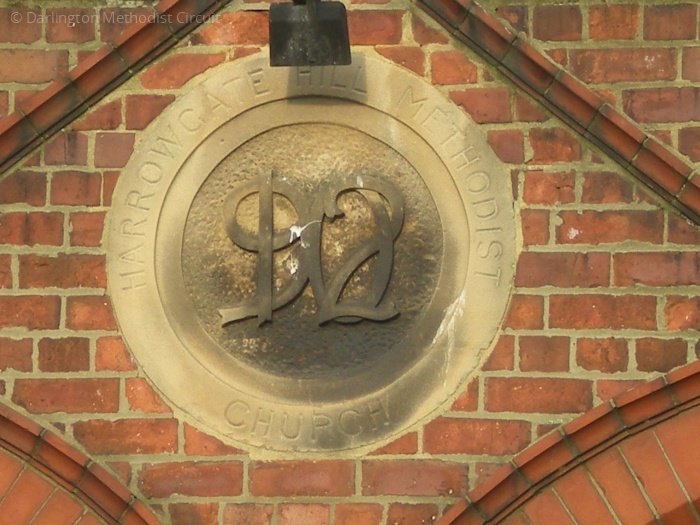 A Brief History of Harrowgate Hill Methodist Church
In 1870 Lowson Street was one of only a few streets off the Durham Road (North Road, as it is known today) with scattered housing between Harrowgate Village and Barningham's Buildings. Methodism was first introduced to the area in the form of a school chapel or 'Model Sunday School' in 1871.

After Lowson Street Chapel was opened, this building on the opposite corner continued as a schoolroom until 1912 when the current Sunday School rooms were opened. It then became part of the Hope-Wilson Institute that has since made way for new housing.

A building scheme for the church on the present site was first launched at a Trustees' meeting on 27th January 1899 under the guidance of North Darlington Circuit. The outcome was a new church built by Mr Renshaw on the corner of Lowson Street and Bowman Street.

The foundation stone was laid on 12th April 1902 and a tablet showing the names of those that took part in this ceremony is to be seen outside the church today. Miss Sisterson of Hexham opened the church for worship on Saturday afternoon, 7th February 1903.

The pipe organ was installed and dedicated in February 1915, despite the celebrity opener breaking the golden organ key designed specially for the ceremony! It is so reassuring that they made mistakes in the early days.

In 1923 Rev George Jenkins became the first resident minister for the Wesleyan Chapel at Lowson Street. He lived in rooms at that time, as the Pendleton Road Manse was not built until 1927. This young Welshman married a local girl before he moved on to his next Circuit.

In 1939 the inside of the church was redecorated and reconstruction took place to move the central organ and pulpit to the sides and to introduce a Memory Corner next to the pulpit that included a communion area. This scheme cost £610. The amount was not fully raised until after the re-dedication service had taken place in 1941.

On 1st January 1961 Lowson Street and Thompson Street Methodist churches amalgamated to form Harrowgate Hill Methodist Church that is within the Darlington Circuit.

The Annexe was opened in November 1970 where today sees a variety of activities including dancing classes, coffee mornings, social events and group activities. Our busy kitchen is used regularly for events such as Anniversary meals, Churches Together in North Darlington meals, private parties and coffee mornings.

Our refurbished welcome foyer is used by the scout group and the craft group as well as being a central welcome area for the church premises. Since our centenary in 2002 we continue in faith to work and witness to God and look forward to the future as the people of God in this place.